The Minoans were an ancient culture that was based around the Mediterranean Sea on the island of Crete. The culture originated when people from Asia Minor arrived on the island and combined with the native inhabitants. The two earliest settlements for the culture on the island are located at Myrtos and Vasiliki. The Minoans were an avid seafaring people and they were in constant contact with other civilizations in the region such Egypt and even the cultures of Mesopotamia. These influences can be seen in the Minoan artwork, and through the ancient trading network they had set up.

In ancient times the Minoans would trade pottery, oil and wine in exchange for copper from Cyprus or ivory from Egypt. These objects can be seen throughout the archaeological record and suggest a massive trading network with the rest of the ancient world. Their culture was destroyed in a single cataclysmic event known as the Thera Eruption which the decimation of all the cities and villages of Crete and neighboring islands.

Much like other mercantile cultures, the Minoans developed the writing system most likely to keep records of their vast trading. The first Minoan writing system was based off hieroglyphs, with their second based off the Linear-A. The linear-A was found mostly on administrative tablets so it may have not been the common language of the Minoans.

The Minoans were highly advanced in their ability to create ceramic jars. There have been all kinds of pottery found from thin cups to massive storage jars known as pithoi. At first it appears the ceramic works were made by hand but eventually they developed the potter's wheel which allowed for early mass production.

The pots were intricately decorated with images of flowers, plants, and lots of sea life. This along with the frescos and murals show a great admiration and involvement with the sea. Many of their artworks have marine and floral themes and give insights into their religion and funeral practices.

The Minoans were also known for their sophisticated craftsmanship of metal, stone, ivory, and gold. Archaeologists have uncovered artifacts ranging from alabaster jars to ivory sculptures to gold rings and seals that shows a very advanced development of culture on the island.

The massive palaces are what really set Minoan culture apart in its uniqueness. These multi-story palaces featured large open courts, staircases, religious tombs, light wells, early sewer systems and even public areas for entertainment. These palaces appear to be a blend of politics, trade, social and cultural interaction in Minoan society. 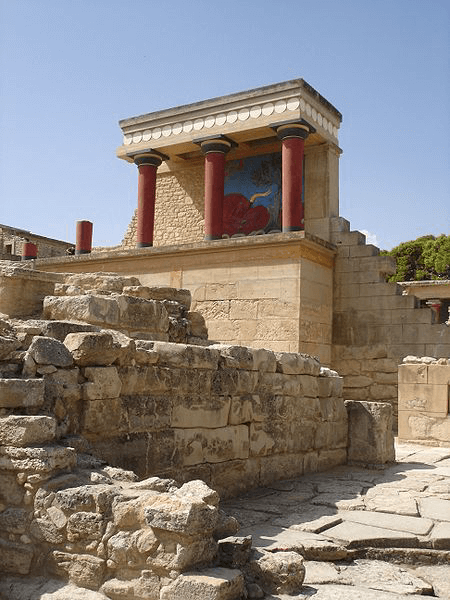 The presence of bull sculptures and icons is well noted throughout all the Minoan settlements. This means they most likely worshiped bulls, a fact reinforced by the Minotaur in the Greek mythology. The murals and art of the Minoans also feature sets of double axes, known as labrys in ancient Greek. All of these factors may have all contributed to the birth of the legend that later became Theseus and the Labyrinth. 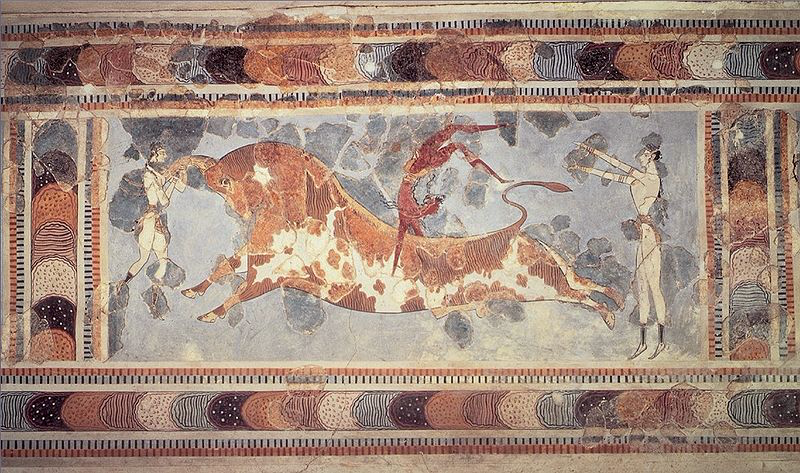 There appear to have been earthquakes throughout the history of the Minoans. First there was a destruction of one of the palaces around 1700 BCE and it was rebuilt. These second palaces survived until their final destruction around 1500-1450 BCE. It appears that the destruction of the Minoan culture and its cities could have been attributed to the Thera Eruption which occurred around this time.

A massive volcanic eruption like this would have also caused earthquakes and tsunamis to form, both are attributed to the destruction of the Minoans. They also could have been invaded and sacked after they were destroyed, but we may never know for certain.

Regardless it appears the Minoan civilization on Crete was wiped out and if it survived elsewhere the citizens most likely assimilated with another culture, or possibly joined the Phoenicians. Given the fact that this all occurred during the Bronze Age Collapse it does not appear there is anywhere safe but Assyria to land so they may have been wiped out for good.

The Minoans were rediscovered by an archaeologist named Sir Arthur Evans who found the presence of an ancient civilization on Crete through the carved stone seals worn by natives in the late 1800's on the island. He initiated an excavation of Knossos between 1900 and 1905 CE and discovered a massive ancient structure.

At first he believed he had discovered the mythical labyrinth and palace of King Minos as described in mythology however, in actuality it was just a normal palace. He also discovered other Minoan settlements, tombs and cemeteries on the island at Phaistos, Malia and Zakro. Each of these sites was known to have a large palace structure that was at least two to three stories and covered several thousand sq meters. 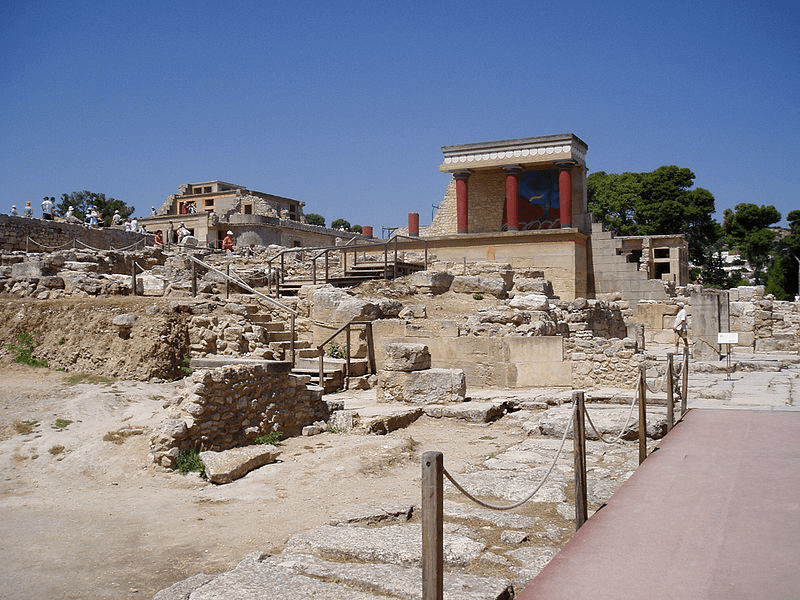 It is believed these palaces served dual purposes from administering the political system, trade, and possibly the centers for religion as well. It appears these palaces exerted a form of territorial control over their region and were often found storing trade goods such as wine, oil, grain, ceramics and precious metals.

There are no fortifications of the second palaces which suggest that external invasions and internal conflicts were not a problem in later ancient Minoan civilization. There did exist many swords, daggers, arrowheads, armor and helmets which meant that there definitely was warfare in the ancient times but being geographically isolated maybe the Minoans were also ancient mercenaries, a common theme in Greek history.