The Battle of Marathon took place at the Greek city of Marathon and was waged between the Athenians on one side and the Achaemenid Empire on the other.

This battle is where the word "marathon" came to mean to run a long distance. According to the stories the legendary Greek runner Pheidippides running from Marathon to Sparta in order to request reinforcements. His feat of running a distance of 140 miles in 2 days was later where the word for the long distance race would come from. 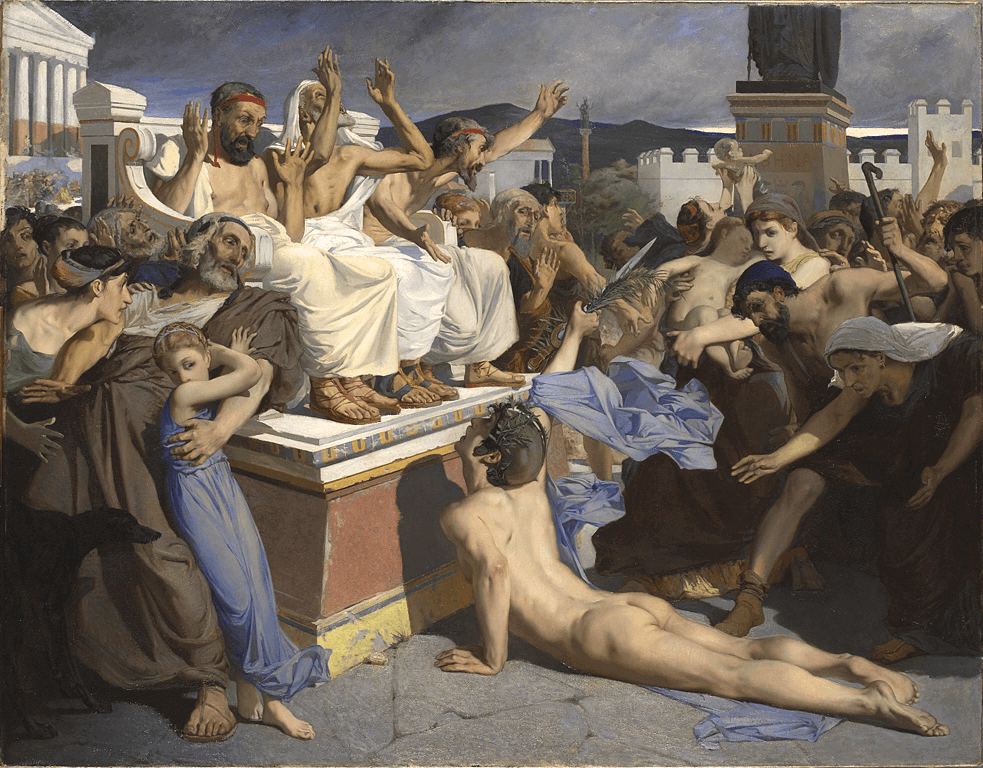